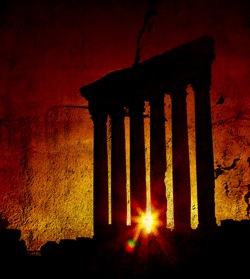 Welcome to the inner chamber of ancient productivity secrets….

This ancient time-tested tip to, really improve your productivity, is to wake up earlier than you already do. You may have heard this countless times growing up. “Early to bed, early to rise makes a man healthy, wealthy and wise.” — Ben Franklin

How MUCH earlier? I’ll get back to that in a moment. First, a little story…

Years ago, maybe 7 or 8 to be exact, I was struggling. Really struggling with my business life, career, and all things money related. Not that I claim a total master now, but I was floundering. Too much to do, and too little time. Inconsistent focus. No matter what happened, I only seemed to barely stay ahead of the curve.

Enter my wise and wonderful wife who said, “You need to get up earlier! Every successful person I know gets up by at least 5:30am.” Ok, it wasn’t like I was sleeping forever. But typically, it was a bit after 7am. Anyway…

I believe I responded with something really witty like “5:30am — like…in the morning type 5:30am???

Hmmmm…Ok, life choice time. I can get my rear end out of bed and have a more productive life, or I can get a bit more sleep — maybe feel more human — and continue my current path of mediocrity. After struggling endlessly with myself… and it WAS a struggle… I realized that something had to change if I wanted to reach the next level. Then and there, I resolved to start waking up earlier.

Transitioning from a late-evening medium productivity person to an “early morning high-output person” took weeks of trial and effort. But I did get there…

Why so much effort?

Attitude. The fact was, I was going about the transition all wrong. I was trying to completely transform myself overnight. I should have been taking a more rational approach such as getting up 15 minutes earlier for a week or so and building up from there. But I’ve never been the gradual, “toe in the water” person. It’s cannon balls in the pool for me!

Was all the change worth it?

Oh yeah. Way beyond my wildest hopes in fact.

Here are just a few benefits I experienced waking up an extra 1 – 2 hours early (note the first two):

Sounds great, right? But, what are the disadvantages?

Pretty lame disadvantages huh? Especially considering the upsides. As you can see from the benefits list, even one of those can bring massive change to your life.

Ok, But How Much Earlier?

The answer is different for everyone. As a very general rule, I recommend getting up by 5:30am. Earlier is great, but be realistic about what works for you. Over the years, I’ve settled in around 4:45am. But I didn’t get there all at once. It took weeks of trial and error.

I’m Convinced! How Do I Get There?

Are you a classic “morning” person? A late night person? Maybe one of those rare people who can work all sorts of mixed hours, and be an ultra-high achiever? Share your experiences!

Do You Make This Time and Income Sucking Mistake in Your Business? – CLS054

How I’d Setup My Business If Starting From Scratch – CLS041

5 Things Virtual Assistants Do Not Want You to Know – CLS040